Text of Anna Seaman of The National, Dubai:
http://blogs.thenational.ae/arts-culture/scene-heard/soshana-show-opens-in-kuwait

Soshana, the Austrian artist who rose to fame in the 1960s and 1970s had some of her art work unveiled to the public in Kuwait City this week.

The exhibition is one of a host of shows that Soshana’s son, Amos Schueller has organised in the Gulf as a way of preserving his mother’s art and her artistic influence. Soshana herself is in her 80s and is living in Vienna but is too unwell to travel.

The opening, in the Al Babtain Library in Kuwait was inaugurated by Suad Abdullah Al-Ateeqi, the general manager and Abdul-Aziz Soud Al-Babtain, the founder of the library.

The show runs until December 22nd. 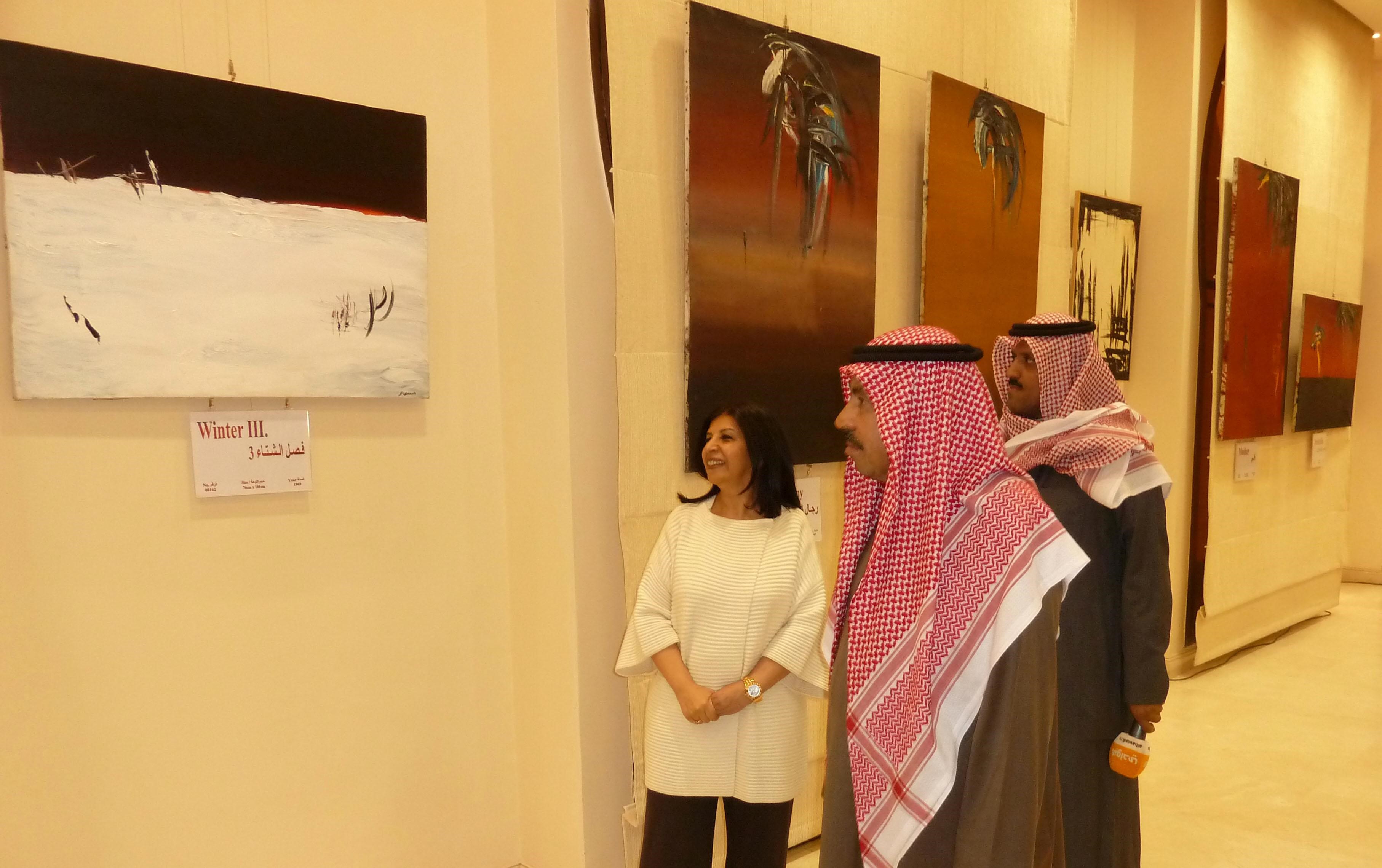 Text of Anna Seaman of The National, Dubai:
http://blogs.thenational.ae/arts-culture/scene-heard/soshana-is-coming-to-kuwait

Enthusiasts who want to catch artworks from the artist Soshana and who missed her solo show in Dubai last month have another chance to see her work.

From the 17th-22nd December, Soshana’s work will be on display in the Al Babtain Library in Kuwait and the opening will be on December 16th at 7pm.