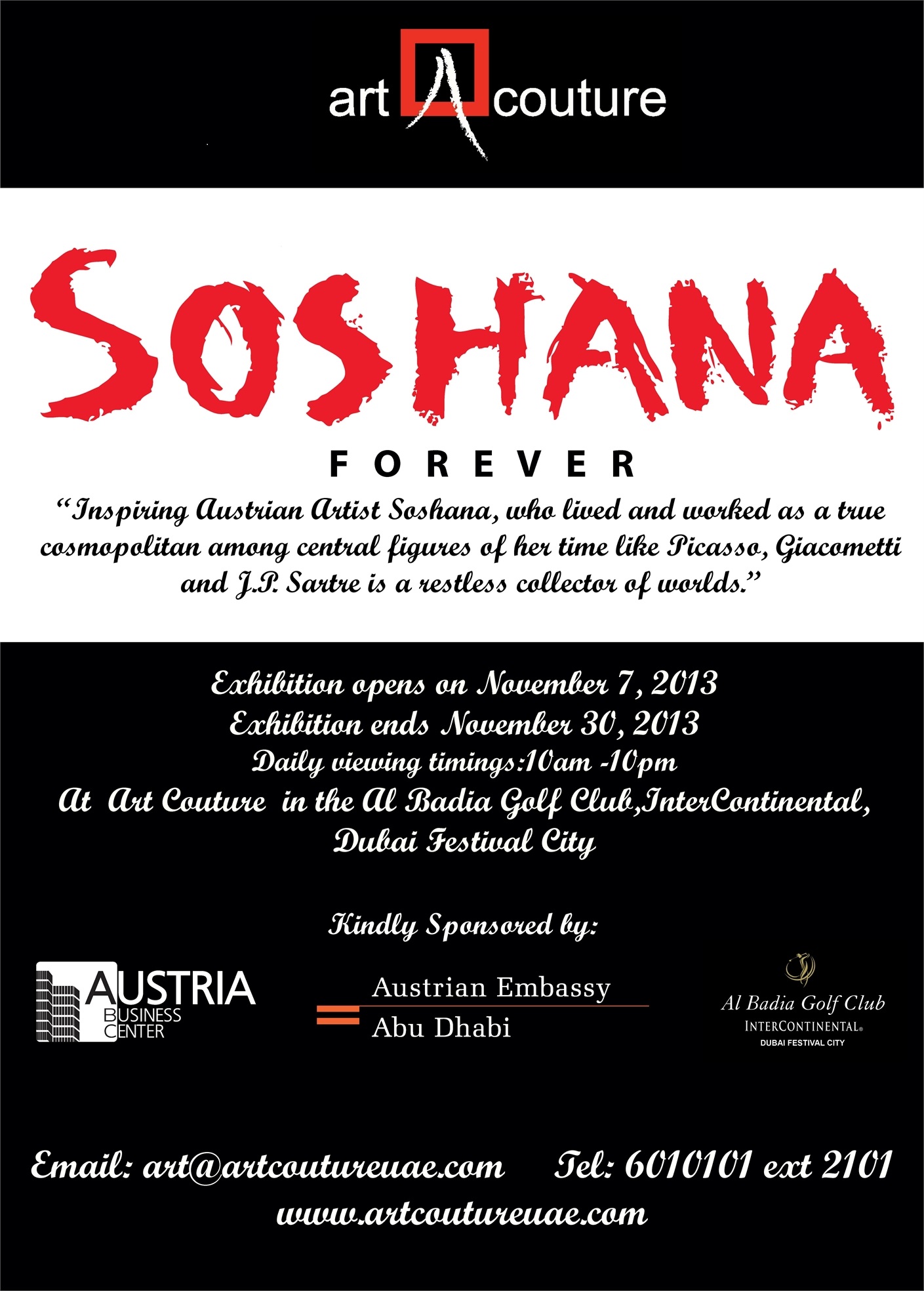 Art Couture features in Nov a solo exhibition titled “SOSHANA FOREVER” by one of the few Austrian painters of the 20th century to have aroused international interest.
This exhibition is supported & sponsored by the Austrian Embassy based in Abu Dhabi & the Austrian Business Center in Dubai.

“Inspiring Austrian Artist Soshana, who lived and worked as a true cosmopolitan among central figures of her time like Picasso, Giacometti and J.P. Sartre is a restless collector of worlds.”

On life Soshana says “All life to me is like a Voyage” as most of her life was a journey across the globe- there was no continent she did not visit. On Art Soshana says “To me painting is like writing a diary” It is Soshanas extensive travels, strong beliefs and her artworks that reveal the story of this remarkable woman in all her struggles and joys of life.

From the figurative Social Realism of her early years, she found her own stylistic form of Abstract Art. Reduced calligraphic graphics as well as flamboyant, vibrant paintings are among her many works.

Soshana was born in Vienna in 1927, but was forced to leave her homeland in 1938. She lived at first in London and then the USA, later in many other places. After 1945 she spent many years in Paris and New York. Soshana traveled the globe several times, including large parts of Africa, the Americas, The Middle East and above all the Far East. She immersed herself in many of the cultures she encountered and they served as inspiration for her art.
Soshana is a thoughtful painter a seeker in many respects. Her enormous oeuvre attests to a life filled with upheavals and new beginnings. Her pictorial language expresses her inner experiences and her deep humanity.

Since the 1950’s Soshanas works have been presented in exhibitions, at museums and galleries all over the world. They have been purchased for many public and private collections. In the late 1980’s Soshana returned to Vienna where she presently resides and continues to paint.